The Satellite Babies exhibit became Rosemary's first art show ever. She was nineteen then. From her love for working with mannequins and dolls she eventually began working with costume art. Also demonstrated in her work here was a love for working with found objects and collecting reusable items which later led to her founding the New Orleans Recycle for the Arts. Below is a bio about her work at that time. 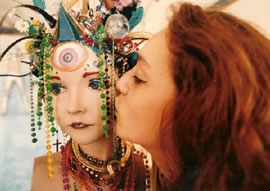 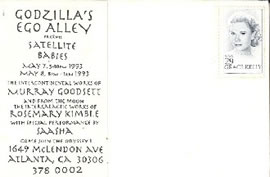 With the Satellite Babies came adoption papers proclaiming them " Satellites of Love". After their inception Polestars became another form of Rosemary's favorite art. 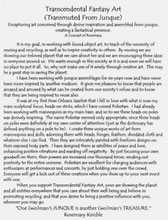