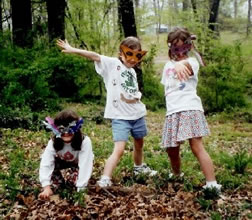 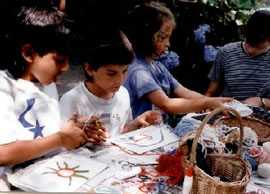 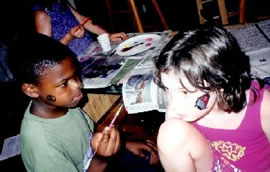 After working with children at the Waldorf School for some time, Rosemary developed her first Camp Creativity. Rosemary continues to work with kids today in occasional art workshops at private schools. 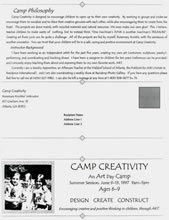 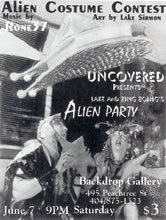 In the late '90s Rosemary began producing and performing in a series of performance art shows. Backdrop Uncovered became a weekly show at Backdrop Gallery on Peachtree Street in Atlanta for about eight months. The shows included live music, performances and weird comedy and improv by the artist with her friend Lake Sirmon, seen together here in their mighty Spaceship! 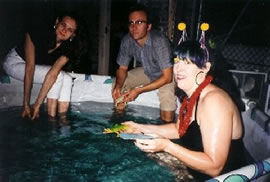 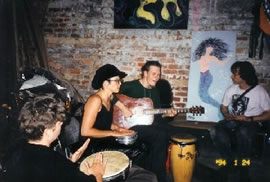 Rosemary curated her first show, Glitter and Gore, for Halloween at Backdrop Gallery as her last event there. She gained excellent press for this when her own art was featured on two full pages in Poets, Artists and Madmen magazine. A photo of one of her Polestars, captured with light color photography and photographed by Lake Sirmon, is pictured below. 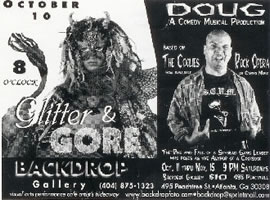 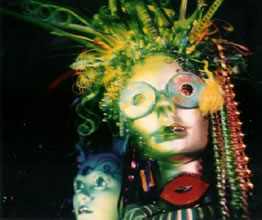