Rosemary and friends model in early costumes in front of the famous Panorama Ray van. 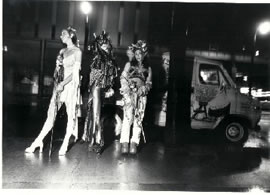 Rosemary posed for several Living Still photos with famed Atlanta artist Panorama Ray, in some of her earliest costumes. Ray was a dear friend to her and in fact it was he who encouraged her to begin performing again. As a teenager she had been very involved in theatre but set it aside for nearly eight years before meeting Ray. Ray took his last panoramic of Rosemary's Snow Queen. 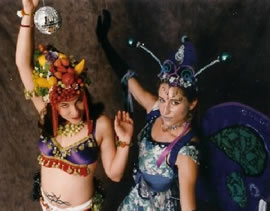 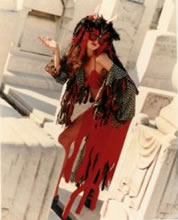 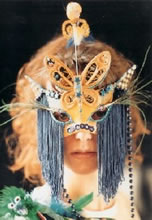