Rosemary went on to produce and perform in other shows at such venues as The Contemporary, Urban Nirvana, 800 East and Kaya in Atlanta. 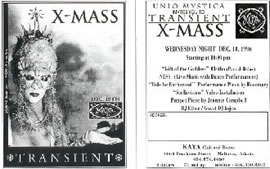 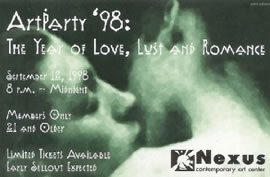 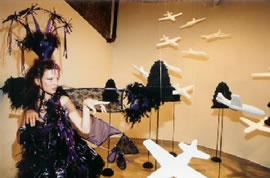 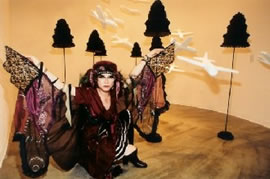 Soon after stepping into the performance art world, Rosemary began working for an innovative new company, Jigs N' Juleps, playing different childhood fantasy characters at birthday parties for kids. Activities included Face Painting, Balloon Animals, Sing-A-Longs and Crafts among others. Since her recent relocation to Atlanta she is again working as a children's entertainer for several Atlanta agents (see our Entertainers link of this website for more info).

In the late summer of 1998 Rosemary moved to New Orleans. She made her living through the satellite office to Jigs and Juleps Childrens Entertainment. 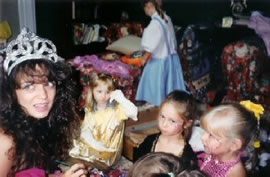 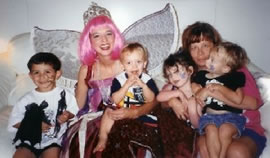 Rosemary as a Children's Party Entertainer

While in New Orleans she became very adept at doing henna. Soon she became Jackson Square's first licensed Henna Tattoo Artist in the French Quarter. Thanks to the help of her good friend and fellow body artist Tanner along with a probono Lawyers for the Arts Lawyer, the two fought the city and other Jackson Square artists for years to keep their rights to practice their artform there. Eventually she became so involved that Rosemary was elected to the Jackson Square Artist Committee, much to the dismay of several long term committee members. 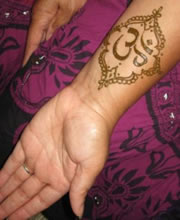