Soon Rosemary was doing more costume art for small theater groups and on consignment with boutiques. She began to focus most of her time on the costumes and on shows to feature them in. Her yearly solo fashion art show, 12th Night, came along soon after.

The cast is pictured here before a live interview for a New Orleans morning news show along with musician, Jason Marsalis, pictured in the middle back row. 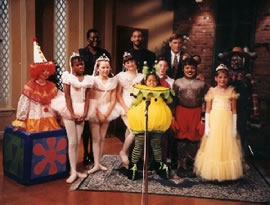 Through her work on several events with New Orleans House of Lounge, Rosemary became more involved with the fashion realm. Below are images from one of Rosemary's first shows with The House of Lounge. 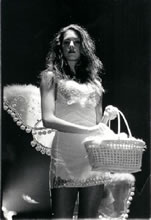 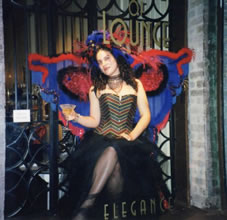 Rosemary was fascinated with art from found objects from the beginning of her career and had always been concerned with the pollution of the environment. In Atlanta she concieved the idea of a reuse center for artists and teachers to pick up materials and supplies that would otherwise become garbage. After placing a flyer on a bulletin board for starting such a project, she discovered Atlanta already had one called Materials for the Arts. The program was a project formed out of NYC's citywide program which provided materials to their entire school system. Once she arrived in New Orleans she realized the need for such an organization there and so began Recycle For the Arts. 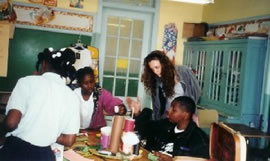 One of R4A's first programs, outside of the warehouse reuse center, was to create art projects from reusable materials with students from New Orleans inner city schools. 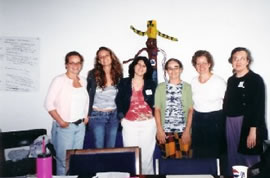 R4A Board of Directors at a Nonprofit Seminar 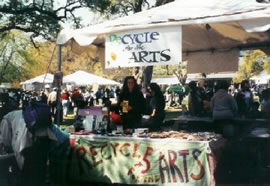 R4A has a booth at Audubon Zoo, making magazine collages with kids


R4A painted their truck with donated auto and house paint at NOMA (New Orleans Museum of Arts) Art Car show. Rosemary acted as Director of Recycle for the Arts in New Orleans from 1999-2003. 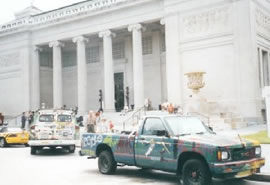